Whenever we have dinner at our friend’s house, Chris and Laura, I know it’s going to be good. Last year, they had us over for dinner and served the most wonderful beef brisket and chocolate cake. There were other dishes served but these were the most memorable.

My husband loves to eat meat and would enjoy it nightly except that he’s married to me, the voice of moderation when it comes to eating. It took us 1 1/2 years to get around to making this beef brisket recipe but it was worth the wait.

While the brisket was on the barbeque, my husband kept coming into the kitchen asking when the peach pie would be done and trying to rush the baking along. I was completely annoyed with him because you can’t hurry a pie! Finally, he came in to check the timer and said, “Oh, you’re just like Laura.” I had no idea what he was talking about until I found my reading glasses and read Chris’s notes about the brisket (see note #4 below). 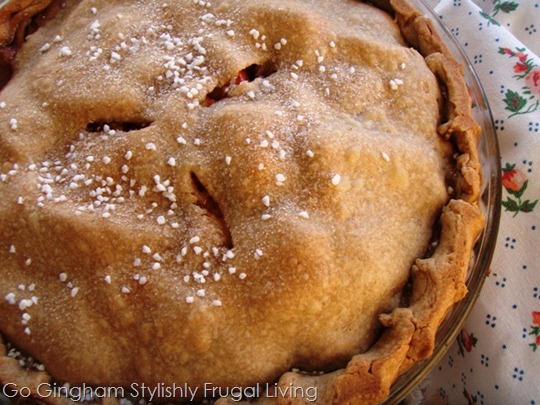 Please keep in mind that Chris is a librarian (or “Guy-brarian” as he refers to himself) and everything he does has meticulous notes and helpful insight. I always keep Chris and Laura’s Christmas card letter every year because Chris writes a book review of his top 5 books for the previous 12 months. It’s always the best resource for “what to read next” and infinitely better than relying on the mainstream-mega-media for what’s a good read.

[/amazon_link] but my local library carries the book so check yours before buying it new.

I followed this recipe almost to the letter, with the following notes/modifications:

1) I bought a 6-lb brisket, so then made 1 ½ times the marinade. I bought the brisket at Fred Meyer, where you have to ask for it at the meat counter: It’s sealed in plastic in the fridge in back. It was about $4.50 a pound.

2) I did the smoking stage in our charcoal Weber grill. I took both racks out of the grill, opened the vents in the bottom of the barrel and closed the one in the lid. I used regular (Fred Meyer brand) charcoal. I fired the charcoal in one of those charcoal-starting chimneys, and once it was going good, dumped it into the bottom of the Weber’s barrel. Then I put the top grill rack back into the Weber, put a little oven thermometer on the rack and closed the grill for a while to see how hot it was in there. I kept the thermometer on the rack throughout the process to monitor the temperature.

3) I used mesquite wood chips (not mesquite charcoal) that I found at New Seasons, and once the temperature inside the grill had dropped to around 300 F, I dumped the soaked chips onto the charcoal, put the brisket on the rack and closed the lid. Smoke was pouring out, and anytime the smoke started to lessen, I added some more of the soaked wood chips.

4) The brisket was actually in the grill being smoked for closer to two hours rather than one because Laura was baking the cake in our oven, so I had nowhere to move the brisket. I think that actually worked out well, because more smoking is better than less. I think you just want to keep an eye on the temperature and make sure it doesn’t spike and blacken the brisket. I had the opposite problem, though: I actually added charcoal during the second hour because the temperature was getting too low.

5) The finishing step in the oven really only took about three hours because the time in the grill was longer. Whenever I turned the brisket during this stage, I would make sure there were enough juices in the bottom to keep the brisket from drying out. There were plenty of juices, but I think if you thought there weren’t enough you could just add beef broth or water to the pan. The test in the recipe—it’s done when it’s tender enough to cut with the side of a fork—worked well.

Sunday: beef brisket and cole slaw with a kick

My daughter made dinner on Friday night and had an easy night of it because I had just finished making a big pot of marinara sauce with all of our fresh tomatoes. 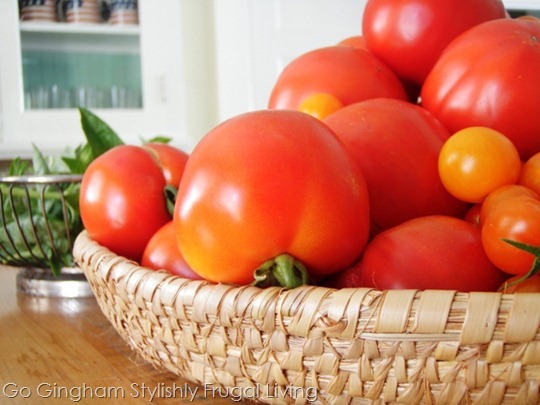 My son made dinner on Saturday night (which was supposed to be Sunday night’s meal) and he chopped the shrimp up very small for his shrimp scampi. I was surprised how good it was with little bites of shrimp goodness throughout the dish. He also did mop the kitchen floor since he got to skip making a dinner the week prior.

Thank you to Chris and Laura for letting me share the notes about this delicious recipe!

What’s for dinner at your house this week?

More meal plan ideas are here
Homemade pesto – that can be made and frozen
Sour cream chipotle sauce that is an excellent dip
Grilled vegetables – on the grill – great for summer
The tangiest, yummiest BBQ sauce ever!
Egg salad sandwiches – you’ll wish you had chickens