This is a guest post from my husband. He makes a very good sandwich.

When Sara first told me that she would be attending the BlogHer Food conference in Austin, Texas, I was excited – for her – and disappointed – for me.  I had heard a lot of great things about Austin but figured it would be too expensive for me to go.

Well, then Sara booked an AirBnB apartment for a third of the cost of a hotel, and it had plenty of room for me.  BAM!  A quick check on our travel miles and there was just enough for ticket.  BAM!  I’m going to Austin!

Since this wasn’t supposed to be about me – and would not have cost anything if I stayed at home – I set myself the goal of seeing just how much fun I could have while spending as little money as possible.  Here’s how it all went down for the long weekend:

Austin on the Cheap – Thursday

I made turkey sandwiches for us to take on the plane. And believe me, these suckers were packed with meat, not like those overpriced, overly bready things you get at the airport.

Before leaving Portland, I checked to see about transportation options from the Austin airport to downtown.  Taxi – about $35 bucks.  Air-conditioned CapMetro flyer #100 bus – $1!  You read that right – one dollar.  Pay an extra buck (just let the driver know before you slip your money in) and you get the next full 24-hours worth of bus rides free.

Austin on the Cheap – Friday 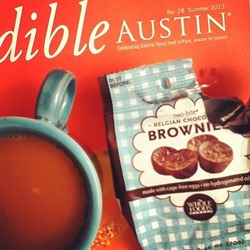 We started out the day with a run around Lady Bird Lake and then had coffee and breakfast in the apartment – granola I had brought from home.  Sara headed off to her conference and I figured this was my time to see the city.

First stop, Barton Springs Pool, which is run by the city, is an actual spring that they have built a really long wall around to turn it into a pool.  The bottom is just the river bottom.  And the water is a naturally, constant and refreshing 68 degrees.  You don’t get this in just any city and given that Austin in early June was 95 degrees, this was great.  Total cost $3, and I think for that price I could have stayed there all day.

Next, I walked over to the capitol building for a guided tour, which was also free.  This lasted about an hour and was interesting and informative.

By this time I was starving.  Having heard good things about the Austin food scene, and doing a little “research,” I had a few places on my short list.  I settled on Frank, a great gourmet hot dog and beer place.  I busted out for, you guessed it, a hot dog and a beer.  But this was not just any old dog.  This was a cheese stuffed, bacon wrapped, deep fried dog topped with horseradish slaw.  I think the dog was $6 and the beer was about the same.  I got taken on that.  I thought I had read that all their drafts were $3, but I guess not.

Night time entertainment was meeting up with Sara and her friend Shelia, from Eat 2 Gather, at a great bar near our apartment – Lustre Pearl.  They each got water, but for $8 bucks I got a Black Eye – a shot and a Shiner Bock beer.  Situated in an old bungalow and its backyard, there was live music and you could play all the ping pong you wanted.  Oh yeah, and there was a taco truck back there, too.

Austin on the Cheap – Saturday

I found a bus pass on the ground that still had about 18 hours left on it. I grabbed my backpack and a book and headed to the SFC Farmer’s Market in Republic Square Park.  Bought a bag of organic carrots ($3) for snacking on and for the plane ride the next day.

My lunch plan was for more meat, and this time I centered in on Franklin BBQ.  Voted best in the world by someone in New York, I think, it opens at 11:00am so I thought I’d get there a little early, and arrived at 10:20am, plenty of time, right?  Wrong!  I showed up and the line was down the block, around the corner and up half the next block.  It looked like people may have spent the night in line.  There were tarps and lawn chairs and more coolers and beer than a high school party when the parents are out of town.  I figured, oh well, you only live once and decided to endure the scorching heat for a bit.  About 10 minutes later an employee come down the line with a clip board and gave me the good news.  There will be enough meat for me to actually be able to get some.  The bad news, I need to wait in line until 2:00pm! Three and a half hours in the scorching sun?  If I wasn’t burnt up by then I would have starved to death.  Plan B.

Still hankering for BBQ – there was no way I was leaving Austin without eating it – I headed to Iron Works BBQ.  $10 secured me a huge plate of brisket, beans, potato salad, pickles, onions, and two slices of bread.  I got it for take out, picked up a 6-pack of beer and walked back to the apartment to eat and drink in air-conditioned splendor. 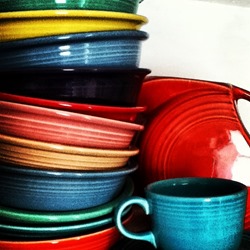 For the afternoon, I decided to take the bus to Whole Foods Market HQ (this is not just any store) to pick up salami and baguettes for the night’s dinner and make sandwiches for the plane.  After that I took the bus up to check out the University of Texas campus then walked home through the Red River District, a nice street of bars and restaurants.

Austin on the Cheap – Sunday

Given that my flight departed Austin at 6:00 AM, the 100 Airport flyer bus wasn’t running that early.  So much for the $1 trip to the airport.  The next best alternative – A/C, reliable, clean – was the Super Shuttle for $15.  No $1 super deal, but $20 less than the cab alternative.

So there you go – roughly 2 1/2 days in Austin and I felt like I saw, did and ate a lot, had a great time, and didn’t spend too much for the experience.  The $2, 24-hour bus pass was a great deal and if someone wanted to, you could easily made a free lunch out of the incredible number of samples at Whole Foods Market.

This is a guest post from my husband. He makes a very good sandwich.

Have you been to Austin? Any suggestions for my next trip – eating, doing, seeing?

Vacation meal planning
Travel packing in a little suitcase and a chart
Save money on your next trip: before and during
Headed to the Pacific Northwest? You’ll want to hit these spots.
Home swapping and eating like a local – foodies will love this!

13 thoughts on “Austin on the Cheap”